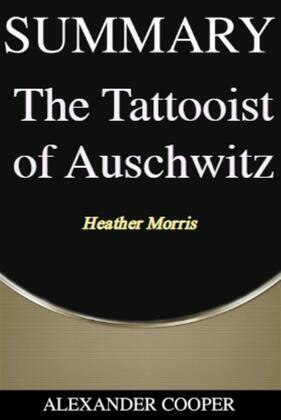 Summary of The Tattooist of Auschwitz

Summary of The Tattooist of Auschwitz

It's April 1942, and 25-year old Lale is riding through Europe in a train, cramped in a cattle car with other Jewish men. Nobody knows where they’re going. Lale’s circle of relatives is from Krompachy, Slovakia, and when he heard that the Nazis were forcing Jewish households to give the authorities children older than 18, he offered himself up. The Germans claimed they would put him to work, however while he reported for duty, he didn’t understand what he’d be doing, that's why he’s now dressed ina suit, trying to look good no matter what his job will be. But after days on the train without meals, he can tell his new job won’t require a suit.

When the train arrives at its destination, SS officials herd the passengers out and yell orders. Lale follows commands as Nazis use the butts in their rifles to hit anyone who doesn’t obey them. He’s then led with the others right into a building, in which they line up and wait for identification numbers to be tattooed on their arms. In this manner, he learns that he has arrived at Auschwitz, where he’ll be put to work. Upon receiving their tattoos, the prisoners are told to strip bare and enter a big shower. Afterward, they discover that their clothes had been replaced with striped prisoner garb, which Lale dons before the Nazis shave his head. He’s then escorted to a nearby location called Birkenau, which is several miles from Auschwitz’s main area. he is assigned to Block 7, a building full of bunks, each of which is occupied by between two to 4 prisoners. Lale and a man he met at the train named Aron share a bunk with two others and spend the night waiting for morning when they’ll eventually get given food. Late in the night, Lale is going outdoor to pee, and is relieved to see there’s a ditch for prisoners to relieve themselves. As he approaches, he notices 3 prisoners sitting over this ditch and quietly conversing, however before he gets too near, he see SS officials coming near. with out warning, they shoot the 3 prisoners before casually walking on. Devastated, Lale vows to himself that he’ll surrrvive Auschwitz no matter what.

Get a copy of this summary and learn about the book.