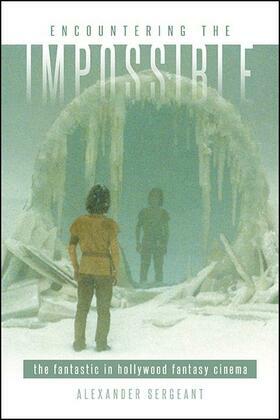 by Alexander Sergeant (Author)
Buy for $33.95 Excerpt
Nonfiction Arts Film & video History & criticism Social science Sociology Media studies
warning_amber
One or more licenses for this book have been acquired by your organisation details

Hollywood fantasy cinema is responsible for some of the most lucrative franchises produced over the past two decades, yet it remains difficult to find popular or critical consensus on what the experience of watching fantasy cinema actually entails. What makes something a fantasy film, and what unique pleasures does the genre offer? In Encountering the Impossible, Alexander Sergeant solves the riddle of the fantasy film by theorizing the underlying experience of imagination alluded to in scholarly discussions of the genre. Drawing principally on the psychoanalysis of Melanie Klein and D.W. Winnicott, Sergeant considers the way in which fantasy cinema rejects Hollywood's typically naturalistic mode of address to generate an alternative experience that Sergeant refers to as the fantastic, a way of approaching cinema that embraces the illusory nature of the medium as part of the pleasure of the experience. Analyzing such canonical Hollywood fantasy films as The Wizard of Oz, It's a Wonderful Life, Mary Poppins, Conan the Barbarian, and The Lord of the Rings movies, Sergeant theorizes how fantasy cinema provides a unique film experience throughout its ubiquitous presence in the history of Hollywood film production.