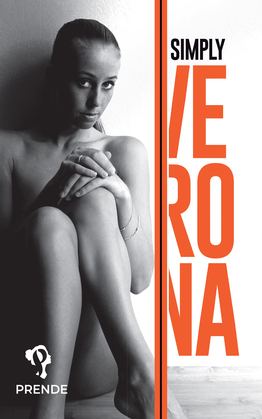 Simply Verona: Breaking All the Rules

by Verona van de Leur (Author)
Buy for $9.99 Excerpt
Nonfiction Nature, recreation and sports Sports & recreation Gymnastics
warning_amber
One or more licenses for this book have been acquired by your organisation details

At the tender age of 15, Verona van de Leur took the gymnastics world by storm to become the greatest gymnast the Netherlands had ever produced. Her remarkable talent brought her gold medals, money, and fame. Although she seemed like a young woman on top of the world, Verona’s life soon spun out of control. Abused and exploited by those closest to her, when her gymnastics career came to an end, Verona suddenly lost everything that she had worked so hard to achieve.

Living on the streets of Holland, the one-time world champion gymnast was homeless, penniless, living out of her car, arrested and jailed, and contemplating taking her own life. But from the depths of her despair, Verona emerged to rediscover herself and to become a successful, albeit controversial, entrepreneur. She returned to gymnastics, entered the world of adult entertainment and modeling, and went on to start successful business ventures that ultimately turned her life around.

Now, for the first time, the controversial international gymnastics star, Verona van de Leur, tells her true story to the world in this no holds barred autobiography.