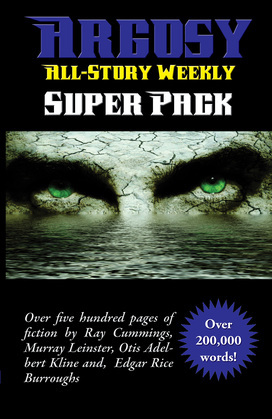 Argosy is considered the very first pulp fiction magazine. It was launched in 1882 as a children’s magazine, but quickly changed its target audience as it realized children were not in charge of their reading money and could not be counted on to renew subscriptions.


Argosy started publishing science fiction and fantasy almost immediately upon making this change. One cannot overstate Argosy’s place in the history of science fiction. Without this reliable outlet many giants of the field may never have reached an audience. Include here are over 200,000 words from that venerable magazine. Stories include: