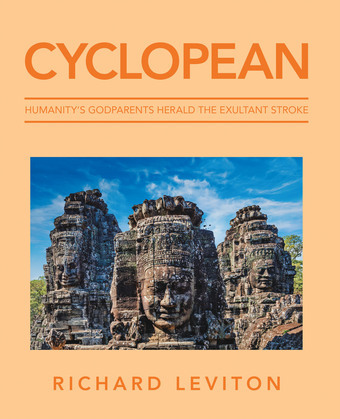 by Richard Levitón (Author)
Buy for $3.99 Excerpt
Nonfiction Reference Research
warning_amber
One or more licenses for this book have been acquired by your organisation details

A TEAM OF GEOMANCERS PROBE MEGALITHIC SITES FOR THE TRUE STORY OF THE GIANTS AND CYCLOPES OF MYTH AND THEIR RELEVANCE FOR TODAY
Seasoned Boston book editor Edward Burbage vividly records the adventures of himself and two colleagues as they participate in the final dissolution of an old enemy of humanity, the healing of an antique wound, and the restoration of an equally old mythic but real figure. The pursuit of these goals takes them all over the planet, starting off in England but traveling to France, Spain, Ireland, Sicily, Greece, Turkey, Peru, the United States, and finishing in the South Island of New Zealand on the top of a formidable snow-capped peak.
The story is a myth-living evocation of many of the key themes of Western mythology, such as the Wounded Fisher King, the Dolorous Stroke, the grim Wasteland, the bright Avalon of the Summer Country, the numinous Castle of the Holy Grail, the Grail Knights who dedicate their lives to questing for the holy object, and the lingering, intriguing tales of Cyclopes, the one-eyed giants of humanity’s deep past, credited with building the world’s megalithic features.
The story takes place in the ultra-modern setting of 2090 as they chase the possible reality and significance of Cyclopes for current times. Burbage and his companions couldn’t have better helpers. They’re tutored by an angelic order called the Elohim, humanity’s godparents, prime benefactors, and, it turns out, the fabled Cyclopes.
They’ve preserved a heavenly sword for humanity, and that’s the centerpiece of the whole affair. The ending of the reign of domination by humanity’s perpetual enemy—Ahriman, also known as the Antichrist, all-time liar, destroyer, and champion “bad guy” of the world. Burbage’s team needs this sword because the outcome of these encounters affects the next phase of Earth’s scripted destiny—the rehabilitation of humanity’s alignment with the intended design of reality.