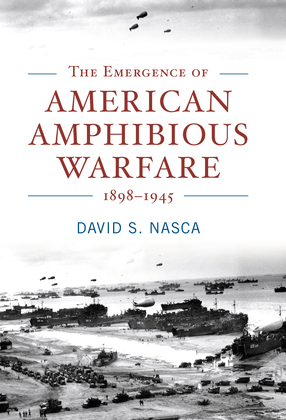 The Emergence of American Amphibious Warfare, 1898–1945

by David S. Nasca (Author)
Buy for $40.00 Excerpt
Nonfiction History History by country United States Other Military Nature, recreation and sports Antiques & collectibles Military Special forces
warning_amber
One or more licenses for this book have been acquired by your organisation details

The Emergence of American Amphibious Warfare, 1898–1945 examines how the United States became a military superpower through the use of amphibious operations. While other major world powers pursued and embraced different weapons and technologies to create different means of waging war, the United States was one of the few countries that spent decades training, developing, and employing amphibious warfare to pursue its national interests.

Commonly seen as dangerous and costly, amphibious warfare was carefully modernized, refined, and promoted within American political and military circles for years by a small motley group of military mavericks, intellectuals, innovators, and crackpots. This generational cast of underdogs and unlikely heroes were able to do the impossible by predicting and convincing America’s leadership how the United States should fight World War II.

David Nasca reveals that despite the new ways that states have to project military power today as seen with airpower, nuclear weapons, cyber warfare, and special operators, amphibious warfare has proven to be the most important element in transforming the theater of battle. In understanding how amphibious warfare allowed the United States to achieve geopolitical supremacy, competitor states are now looking at America’s amphibious past for clues in how to challenge the United States’ global leadership and expand its power and influence in the world.