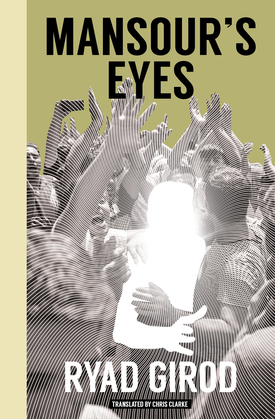 by Ryad Girod (Author), Chris Clarke (Translator)
Buy for $14.99 Excerpt
Fiction Literary Francophone literature
warning_amber
One or more licenses for this book have been acquired by your organisation details

A Publishers Weekly Best Book of 2020

Mansour al-Jazaïri is on his way to his public execution. As his faithful friend Hussein looks on, the crowd calls for his head. Gassouh! Gassouh! It is a time when age-old rituals play out amid skyscrapers and are replayed on smartphone screens in the air-conditioned corridors of shopping malls. Set over the course of a single day in the Saudi Arabian capital, Mansour’s Eyes weaves together several historical pasts: the time of Mansour’s great-grandfather, the Emir Abdelkader; that of Algerian independence; and that of another Mansour, Mansur Al-Hallaj, a Sufi mystic executed in 922. In this lyrical and ambitious novel, Ryad Girod looks at the post-Arab Spring world as its drive toward modernity threatens to sever its relationship with the ethos of Sufi thought and mysticism.