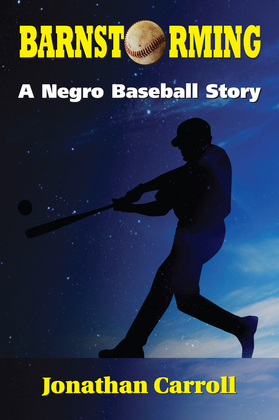 by Jonathan Carroll (Author)
Buy for $3.99 Excerpt
Fiction Christian Historical Romance
warning_amber
One or more licenses for this book have been acquired by your organisation details

Davis Sterling, scion of Houston’s leading newspaper family, was enjoying the playboy life until his father challenges him to make something of himself. Always a talented writer, his rebellious streak leads him to sports writing, a craft without the status in the 1940s that it has today, and one he knew would drive his farther crazy. With the help of the Houston Star’s elevator man, he finds a team worth covering. But he never thought it would lead him to meet the first white man to play in the Negro Baseball Leagues. And he didn’t expect it to bring him the woman of his dreams.

Brilliant, beautiful, and black, Leola Jones always knew she was destined for more than raising babies in her rural Florida hometown. But she never dreamed she’d become the first woman owner of a professional sports team in America. Barnstorming begins in Eatonville, Florida, one of America’s original Brown Towns, a quiet self-governing community of Black farmers and small businesspeople. Leola and her extended family fight racism and repression in deadly attacks by the Klan there – attacks that continue from the Texas police and in the genteel homes of Houston’s elite. They break new ground and hold it, sometimes against all odds.

We follow the Negro League baseball team Leola’s father founded move from Florida to Texas, where Leola, her childhood friend Clarence Holloman, and “Uncle” Isaac Manns build the Catfish into a contender, and then a champion. They know they need a star pitcher and find one, a white farm boy who has the stuff. But can he win over his teammates, the players on the other team, and ultimately the world of Texas barnstorming baseball? They do. With the pitcher his teammates nickname “Milk Man”, they forge bonds and stand together. Some may work as valets at country clubs to make ends meet, but they win as a team.

Davis Sterling’s columns about them attract new readers, winning his skeptical father’s respect. That respect helps not only Davis, but Leola, Clarence, and the entire team. 1950s Houston is changing rapidly, chasing its dream to become the Capital of the New South. But Leola and her Catfish see what white people call tradition for what it is: another name for the racial bigotry that has cost her family dearly. It never stops rearing its head, and Leola never stops rising above it. Davis’s interest in the team quickly turns from baseball to romance, his columns about her team morphing from box scores to love letters.

As they grow ever closer, integration costs Leola her team, and stories bigger than baseball compete for Davis’s attention. All the while, the drumbeat of racist violence still stands Texas tall, threatening their love at every turn. Barnstorming asks its own groundbreaking questions. What happens when a game with rules and umpires meets a world where only power matters? How strong do people have to be to rise up together? Does love truly conquer hate? From police raids on juke joints to closed doors at country clubs, and on rides in a rickety old school bus from overgrown baseball fields to Houston’s historic stadiums, our story moves from Brown Town to Cow Town, to Harlem and back.

We see overt racism and its cost, and the polite racism that pulls the invisible strings backstage. We witness an interracial love affair at a time and in a place where its mere mention is a rallying cry for violence, and watch as insidious racism preys on young love, looking for its weakest link. Will it destroy that love? What does victory mean when the forward steps of integration quickly bring new games, and new challenges? What traditions carry us forward, and which ones hold us back?