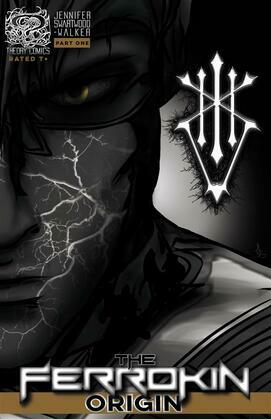 The Ferrokin Origin Part One

by Jennifer Swartwood-Walker (Author)
Buy for €7.49 Excerpt
Fiction Comics & graphic novels Superheroes Crime & mystery Science fiction
warning_amber
One or more licenses for this book have been acquired by your organisation details

Dominic Kaid is heartbroken over the recent loss of his mother and sister. While trying to return to work, he finds himself in a sabotaged lab. Unable to escape, a series of explosions ignite, and liquid metals engulf him. Those around him do all they can to save his life with an untested experimental therapy. As he’s recovering in a coma, they see his body adapting to the metal in impossible ways.

While trying to understand what caused the lab explosions and how Dominic adapted, Jack, Aiden, and Patrick begin to uncover a trail of bodies and search for what lies at the end.

With help from physicists, psychologists, biologists, molecular biologists, MDs, chemists, and a former FBI agent, this series is as scientifically sound as a science fiction graphic novel can be. Information about the science used can be found in the back of the book.