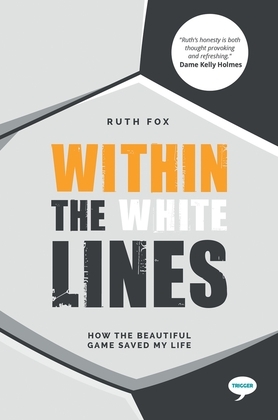 Within the White Lines

by Ruth Fox (Author)
Buy for $9.99 Excerpt
Nonfiction Human science Psychology Mental health
warning_amber
One or more licenses for this book have been acquired by your organisation details

Growing up, Ruth was on track for an ideal life – she had the grades, friends, great sporting potential, and a strong bond with her sister.

However, when she was 14, her perfect life began to crack. After suffering an injury, Ruth began seeking control in other areas of her life to combat growing feelings of depression. Having recovered physically, but not mentally, she eventually quit the game she loved so much.Having been let down repeatedly by the authorities – including during a stay in a mental health hospital – she sought support and understanding from authority figures and role models. And as she battled through the next few years, Ruth rediscovered football as a way to keep grounded during the most chaotic times in her life.Now an active campaigner for mental health awareness and training, especially in sport, Ruth is a proud ambassador and advisor for The Shaw Mind Foundation and Mental Health Football Association.