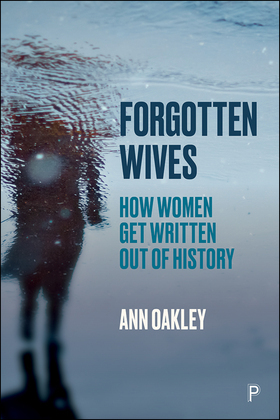 de Ann Oakley (Autor)
Comprar por 34,95 $ Extracto
No Ficción Ciencias sociales Feminismo y teoría feminista
warning_amber
One or more licenses for this book have been acquired by your organisation details

Throughout history, records of women's lives and work have been lost through the pervasive assumption of male dominance. Wives, especially, disappear as supporters of their husbands’ work, as unpaid and often unacknowledged secretaries and research assistants, and as managers of men’s domestic domains; even intellectual collaboration tends to be portrayed as normative wifely behaviour rather than as joint work. Forgotten Wives examines the ways in which the institution and status of marriage has contributed to the active ‘disremembering’ of women’s achievements. Drawing on archives, biographies, autobiographies and historical accounts, best-selling author and academic Ann Oakley interrogates conventions of history and biography-writing using the case studies of four women married to well-known men – Charlotte Shaw, Mary Booth, Jeannette Tawney and Janet Beveridge. Asking critical questions about the mechanisms that maintain gender inequality, despite thriving feminist and other equal rights movements, she contributes a fresh vision of how the welfare state developed in the early 20th century.