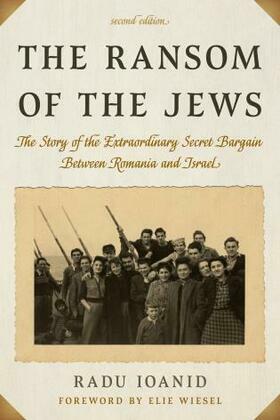 The Ransom of the Jews

by Radu Ioanid (Author), Cristina Marine (Translator)
Buy for $37.00 Excerpt
Nonfiction History History by country Europe Eastern Holocaust Middle East Israel
warning_amber
One or more licenses for this book have been acquired by your organisation details

After 1948, the 370,000 Jews of Romania who survived the Holocaust became one of the main sources of immigration for the new state of Israel as almost all left their homeland to settle in Palestine and Israel. Romania's decision to allow its Jews to leave was baldly practical: Israel paid for them, and Romania wanted influence in the Middle East. For its part, Israel was rescuing a community threatened by economic and cultural extinction and at the same time strengthening itself with a massive infusion of new immigrants.

Radu Ioanid traces the secret history of the longest and most expensive ransom arrangement in recent times, a hidden exchange that lasted until the fall of the Communist regime. Including a wealth of recently declassified documents from the archives of the Romanian secret police, this updated edition follows Israel’s long and expensive ransom arrangement with Communist Romania. Ioanid uncovers the elaborate mechanisms that made it successful for decades, the shadowy figures responsible, and the secret channels of communication and payment. As suspenseful as a Cold-War thriller, his book tells the full, startling story of an unprecedented slave trade.