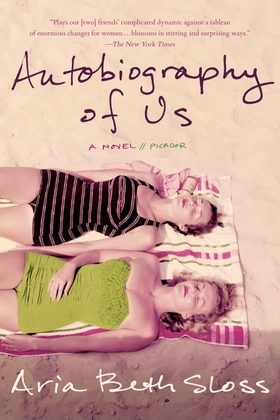 A gripping debut novel about friendship, loss and love; a confession of what passed between two women who met as girls in 1960s Pasadena, California
Coming of age in the patrician neighborhood of Pasadena, California during the 1960s, Rebecca Madden and her beautiful, reckless friend Alex dream of lives beyond their mothers' narrow expectations. Their struggle to define themselves against the backdrop of an American cultural revolution unites them early on, until one sweltering evening the summer before their last year of college, when a single act of betrayal changes everything. Decades later, Rebecca's haunting meditation on the past reveals the truth about that night, the years that followed, and the friendship that shaped her.

Autobiography of Us by Aria Beth Sloss is an achingly beautiful portrait of a decades-long bond. A rare and powerful glimpse into the lives of two women caught between repression and revolution, it casts new light on the sacrifices, struggles, victories and defeats of a generation.