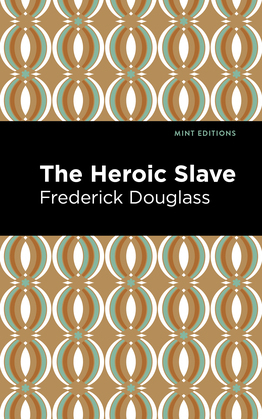 by Frederick Douglass (Author)
Buy for $5.99 Excerpt
Fiction Historical Literary
warning_amber
One or more licenses for this book have been acquired by your organisation details

The Heroic Slave (1852) is a novella by Frederick Douglass. Although he is more frequently recognized as prominent orator and autobiographer who spearheaded the American abolitionist movement, Douglass published one work of fiction in his lifetime. Inspired by the 1841 Creole case, in which an enslaved cook and a crew of nineteen fellow-slaves led a rebellion onboard a ship bound from Virginia to New Orleans, The Heroic Slave seeks to highlight the bravery and autonomy of fugitives and revolutionaries who did what they could to help themselves in the absence of help from their country. Sitting down for dinner, Mr. Listwell, a white southerner, is interrupted by a knock at the door. He opens it to find Madison Washington, a fugitive slave who disappeared without a trace five years prior. Hesitant at first, Listwell agrees to hear the man out, and learns that rather than escape to the north, Washington remained behind to be near his wife and children, hiding in the wilderness the whole time. Moved by his tragic story, Listwell provides him clothes and supplies, and encourages him to head for Canada. Sometime later, he sees a slave gang headed for market, and identifies Washington in chains. Before they part ways once more, perhaps forever, Listwell purchases a set of files and manages to get them to Washington, who remains determined to fight for his freedom until the bitter end. With a beautifully designed cover and professionally typeset manuscript, this edition of Frederick Douglass’ The Heroic Slave is a classic of African American literature reimagined for modern readers.