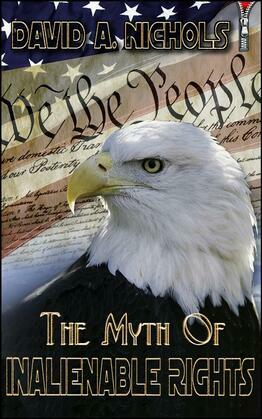 The Myth Of Inalienable Rights

by David A. Nichols (Author)
Buy for €2.49 Excerpt
Fiction Thrillers Legal Nonfiction Law History of law
warning_amber
One or more licenses for this book have been acquired by your organisation details

We have been lied to. We were taught in school that we have inalienable rights. We don't. Starting with the Harrison Narcotics Act of 1914, the beginning of the federal war on drugs, we lost the right to the full ownership and control of our bodies and minds where we have not violated the rights of others.

Any and all non-violent, non-coercive, non-larcenous, consensual adult behavior that does not physically harm other people or their property or directly and immediately endangers same, that does not disturb the peace or create a public nuisance, and that is done in private, especially on private property, is the inalienable right of all adults.

In a truly free and liberty-loving society no laws should be passed to prohibit such behavior. Any laws now existing that are contrary to the above definition of inalienable rights are violations of the rights of adult citizens which goes against the intent of the Declaration of Independence of the United States, the Constitution, and the Bill of rights and should be made null and void.

It is my well-studied belief that the so-called war on drugs is the biggest rights violating scheme in the history of the United States. Once the government had convinced the people that it not only had the legitimate power, but also the moral obligation to stop certain drug behavior—because it was immoral—what could the government not do in the name of protecting the people from themselves? Obviously, the people are weak and need a large, parental (read, tyrannical) government to protect them. And the people bought it, lock, stock, and barrel.

The reason that I have written this political treatise is to shine the light of inquiry and logic on the fact that because of the so-called war on drugs we, the American people, no longer have inalienable rights. We only have privileges granted to us by the government. If we truly had inalienable rights and, thereby, truly owned the property of our bodies and minds, then, as adults, and only as adults, we would have the right to use, take, snort, smoke, or ingest any drug we wanted, just so long as we did not violate the rights of others. We could participate in any other behavior that we wanted to, just so long as it did not violate the rights of others.

The facts are that almost all of the violence caused by the presently illegal drugs are caused because of the prohibition of them, not their mere use.