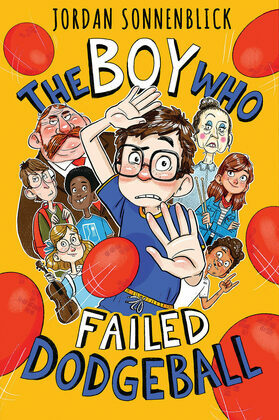 The Boy Who Failed Dodgeball

Sixth grade is the worst... and also the best, as Jordan rides the ups and downs of middle-school life in hilarious fashion.

Funny, outrageous things didn’t stop for Jordan Sonnenblick after he left fourth grade. No, in many ways the events detailed to hilarious effect in The Boy Who Failed Show and Tell were but a prelude to sixth grade, a time when Jordan would have to deal with...

-- A rival named Jiminy (his real name is Jimmy -- but, hey, he looks like a cricket)

-- A stickler English teacher who doesn’t care that all the old, worn copies of Great Expectations smell like puke

-- A first crush on a girl from band

-- An assistant principal who brands Jordan a repeat offender... on his first day (If you want to know why, you have to read the book. A tooth is involved.)

-- A continued reckoning with both anxiety and asthma