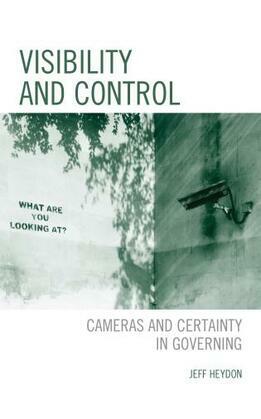 Visibility and Control: Cameras and Certainty in Governing addresses the ways in which camera-produced images are used to support governmental authority. The text begins by examining some of the basic levels at which the body interacts with media, and then expands the scope of the analysis to consider the use of CCTV in urban environments and how that affects the experience of space. This shows how the determination of the subject and the observer is affected by interaction with and exposure to images produced by cameras. The relationship between the body and media, between media and the determination of space and how media is used to determine the nature of deviance in contemporary Western culture are evaluated as a means of establishing and maintaining authority through images. Scholars of media theory, surveillance studies, and the social sciences will find this book particularly interesting.