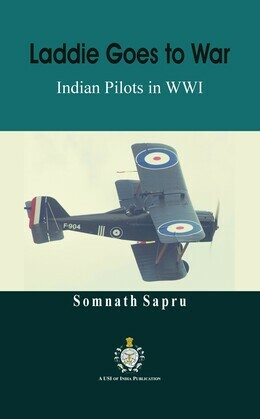 by Somnath Sapru (Author)
Buy for $28.00 Excerpt
Nonfiction History History by country United States Other Military World War I
warning_amber
One or more licenses for this book have been acquired by your organisation details

During the first decade of the 20th century, the British Empire was at its zenith. The Indian Subcontinent was secure barring trouble in the North West. English education had spread far and wide. The project to build and nurture a middle class of supportive English-speaking Indians was proceeding apace.
Many affluent Indian families, as also the princes, sent their children to England for education as that was our only window to the West and the world at large. Thus, it was that four families had their children in England for studies when World War I broke out.
During the first two years of the War, the Royal Flying Corps that had been set up as part of the British Army, suffered heavy casualties on the Western Front in Europe. The British Government was especially looking for volunteers for the flying service.
Among the volunteers were four young Indian men (actually five, including a technician). The first was rejected on medical grounds even though he was an American-trained pilot. All the Indians were from affluent families and had no need to volunteer, but they did so nonetheless and were accepted, trained and sent into battle.
This book, Laddie Goes to War: Indian Pilots in World War I, is the story of these five Indians who volunteered in World War I. Four of them flew combat planes in the Royal Flying Corps in France, Belgium and Italy during the War, at a time when Indians were considered to be unfit to operate a screwdriver or drive a car/railway engine, or even fly an aeroplane. This book tells their story.