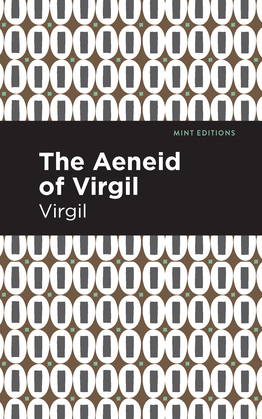 The Aeneid of Virgil

The Aeneid of Virgil (19 BC) is an epic poem by Roman poet Virgil. Virgil’s legendary epic is the story of the hero Aeneas, a castaway from Troy whose adventures across the Mediterranean led him to Italy, where he discovered what would later become the city of Rome. Presented here in an accessible prose translation, The Aeneid of Virgil is a treasure of classical literature and a story of romance, war, and adventure to rival the best of Homer. Fleeing the destruction of Troy by Greek forces, Aeneas brings his son Ascanius and father Anchises on a voyage across the sea. Landing in Carthage, Aeneas, his family, and his crew are rescued by Dido, Queen of Tyre. There, Aeneas, despite mourning the loss of his beloved wife Creusa, falls in love with Dido, who offers him refuge and her devoted love. Knowing that he is destined to found a city in Italy, however, Aeneas abandons the queen, leading her to commit suicide. Now determined to fulfill his destiny at any cost, Aeneas sails to Sicily, journeys to the underworld, and eventually arrives in the region of Latium, where he is swept up in conflict with Turnus, the Rutulian king. Flawed and feared, Aeneas exemplifies the imperfect hero compelled by fate and the gods, yet ultimately driven through a will to survive and provide for his fledgling people. Faithfully but concisely translated into accessible English prose, The Aeneid of Virgil is best read aloud with friends and family, and iconic masterpiece of ancient Rome still relevant for our modern world. With a beautifully designed cover and professionally typeset manuscript, this edition of The Aeneid of Virgil is a classic work of Roman literature reimagined for modern readers.