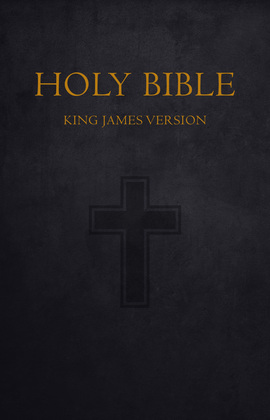 by The Bible (Author)
Buy for $1.99 Excerpt
Nonfiction Juvenile Religion Bibles King James version Devotional New Testament & portions Reference Study Text
warning_amber
One or more licenses for this book have been acquired by your organisation details

The Authorized King James Version of the Holy Bible is God’s providentially appointed Word for the whole world which reveals the name of the Father as “Jehovah”, and the name of His Son, “Jesus”, in whom there is salvation, and the name of the “Holy Ghost”, who also manifests Himself in true traditional Pentecostalism.
The standard text of the Pure Cambridge Edition of the King James Bible has been published on this website. You are free to download this definitive electronic text of the King James Bible (KJB). The actual King James Bible text of the Pure Cambridge Edition (PCE) has been presented free of any typographical error, and is completely correct. It is scrupulously exact in typesetting right down to the italics and punctuation.
This precise edition of the King James Bible is wholly based on the received traditional text as was published by Cambridge University Press and by Collins publishers. This electronic text has been made in Australia for the purpose of the exaltation of the Bible within Australasia. This Word is necessary for true Pentecostal revival throughout the whole Earth. The English Bible has been providentially raised up by God for a great dissemination of the true Gospel.
The Pure Cambridge Edition (first published circa 1900) is the product of the process of textual purification that has occurred since 1611 when the Authorized Version was completed, and has been used (often unwittingly) as the received text for many decades. Millions of copies conformed to this edition were issued by Bible and missionary societies in the twentieth century. This text stands in contrast to all other editions (especially newly edited and modernised ones). The providentially established and correct text has, among other things, “Geba” not “Gaba” at Ezra 2:26.
The following downloadable files of the Holy Bible are presented for any use, including all forms of further publishing. Use this text as the definitive standard.