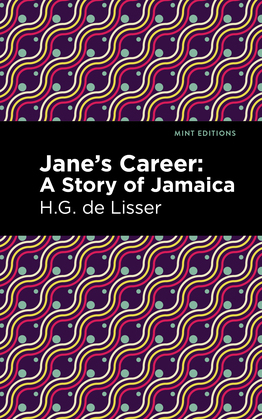 by H. G. de Lisser (Author)
Buy for $8.99 Excerpt
Fiction Classics Christian Contemporary women
warning_amber
One or more licenses for this book have been acquired by your organisation details

Jane’s Career: A Story of Jamaica (1913) is a novel by H. G. de Lisser. Born and raised in Jamaica, H. G. de Lisser was one of the leading Caribbean writers of the early twentieth century. Concerned with issues of race, urban life, and modernization, de Lisser dedicated his career to representing the lives and concerns of poor and middle-class Jamaicans. In Jane’s Career: A Story of Jamaica, the first West Indian novel to feature a Black protagonist, de Lisser captures the hope and struggle of a young woman leaving home for the first time. “‘Jane,’ he continued impressively after a pause, ‘Kingston is a very big an’ wicked city, an’ a young girl like you, who de Lord has blessed wid a good figure an’ a face, must be careful not to keep bad company.’” Preparing to send young Jane off to the Jamaican capital, village elder Daddy Buckram attempts to offer her advice on how to keep herself safe from Satan and sinners alike. Despite his serious tone and gloomy portrait of urban life, all Jane can think of is the wonder and excitement waiting for her in Kingston. Raised in the countryside, brought up in a conservative Christian family, Jane sees her new job as a means of achieving independence and establishing her own identity as a proud black woman, of forging her own path in a new, modern Jamaica. In spite of her dreams, however, Jane finds herself subjected to the cruelties of her employer Mrs. Mason, who threatens to send a letter to her parents alleging all sorts of imagined misdeeds. Through it all, she tries to maintain a sense of pride, hopeful that hard work—and even romance—will set her free. With a beautifully designed cover and professionally typeset manuscript, this edition of H. G. de Lisser’s Jane’s Career: A Story of Jamaica is a classic of Jamaican literature reimagined for modern readers.