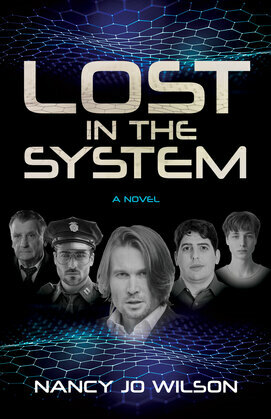 Lost in the System

by Nancy Jo Wilson (Author)
Buy for $9.99 Excerpt
Fiction Science fiction Adventure Christian Futuristic
warning_amber
One or more licenses for this book have been acquired by your organisation details

On day 777, he hears a disembodied voice utter, “Father to the Fatherless.” What seems a simple code hiccough traps him in hosts associated with missing teen, David Hawthorne. As he attempts to find the boy, Smullian is plunged into the depths of his own childhood trauma, peeling back the façade he’s placed between himself and the world. Smullian thought the Father to the Fatherless only cared about David but realizes the Father also wants to save him.

Lost in the System explores what would happen when an unsaved person comes face to face with a holy God. Instead of a moral person surrounded by a sea of immoral people, Lost in the System depicts one unsaved person surrounded by a sea of believers. It attempts to address the hard questions unbelievers often ask about Christianity, such as “How can God let bad things happen to his children?”.