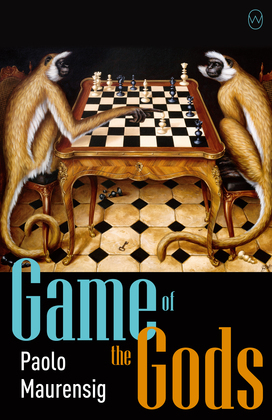 Game of the Gods

by Paolo Maurensig (Author), Anne Milano Appel (Translator)
Buy for $14.99 Excerpt
Fiction Literary Italian literature
warning_amber
One or more licenses for this book have been acquired by your organisation details

In 1930s British India, a humble servant learns the art of chaturanga, the ancient Eastern ancestor of chess. His natural talent soon catches the attention of the maharaja, who introduces him to the Western version of the game. Brought to England as the prince’s pawn, Malik becomes a chess legend, winning the world championship and humiliating the British colonialists. His skills as a refined strategist eventually drag him into a strange game of warfare with far-reaching consequences. Inspired by the unlikely true story of chess master Malik Mir Sultan Khan, Game of the Gods is a fascinating tale of karma and destiny, by the author of the multimillion-copy bestseller The Lüneburg Variation.