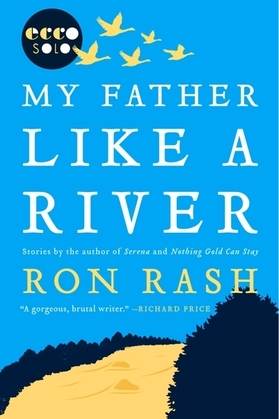 Ron Rash, PEN/Faulkner finalist and New York Times bestselling author of Serena and The Cove, has been called "a gorgeous writer" (Richard Price) with a "reputation for writerly miracles" (Janet Maslin, The New York Times), and is been heralded as "one of our very finest novelists" (Richard Russo).

Now comes an exclusive eSingle featuring a never-before-published short story that shows the lyrical and masterful RonRash at his very best. My Father Like a River transcends the haunting landscape of Rash's native south and explores the complex, powerful relationship between father and family, and the authentic sense of loss one experiences while unemployed—all told in vivid, potent prose.

Also includes Ron's short story "The Trusty", which was originally published in The New Yorker.