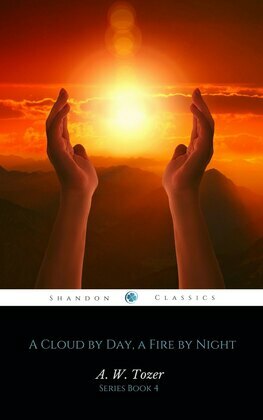 A Cloud by Day, a Fire by Night: Finding and following the God's will for you (AW Tozer Series Book 4)

An important theme in A.W. Tozer’s ministry was the subject of God’s will for each of our lives. He wrestled with it from the time he was a new Christian until the day he passed into eternity. Throughout A Cloud by Day, A Fire by Night – he discusses the battles Christians face almost every day. He frames these battles as taking place in Canaan, as he calls it – the land of promise where we are living today. Tozer could look at something so negative and find positives from a spiritual point of view.

So much in life can bring us to that point of discouragement where all we want to do is quit, especially when God’s will for us is unclear. This book is about more than finding God’s will for your next step or decision in life—it is about following His will to the end. With only our human resources, following God would be impossible. But when we cross that line into the deeper life, we enter into the grace of God that enables us to do His will.

Aiden Wilson Tozer was an American evangelical pastor, speaker, writer, and editor. After coming to Christ at the age of seventeen, Tozer found his way into the Christian & Missionary Alliance denomination where he served for over forty years. In 1950, he was appointed by the denomination's General Council to be the editor of 'The Alliance Witness'.

Born into poverty in western Pennsylvania in 1897, Tozer died in May 1963 a self-educated man who had taught himself what he missed in high school and college due to his home situation. Though he wrote many books, two of them, 'The Pursuit of God' and 'The Knowledge of the Holy' are widely considered to be classics.