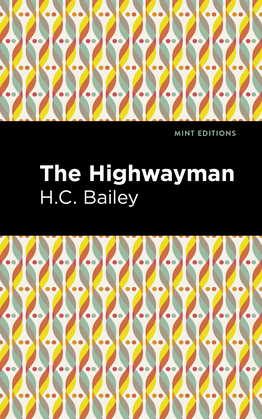 A period drama centering the power struggle for Queen Anne?s throne involving a poor young man and the two disparate figures eager to take her place. An unsuspecting hero is roped into an insidious plot that is much more than he bargained for. Harry Boyce is an upstanding man who is poor but very bright. His father was a local scoundrel who failed to provide any stability or positive direction. Despite negative influences, Harry maintains a good heart. When he sees a woman and her servant being attacked on the road, he quickly comes to their aid. This sparks a whirlwind romance that?s thwarted by the sudden return of Harry?s devious father. His arrival coincides with two prominent men fighting for Queen Anne?s throne. The Highwayman is a captivating but rare novel from H.C. Bailey. Originally published in 1915, the story balances its unsavory villains with a good-hearted hero. There?s also a thrilling romance, melodrama and a touch of unexpected humor. With an eye-catching new cover, and professionally typeset manuscript, this edition of The Highwayman

is both modern and readable.