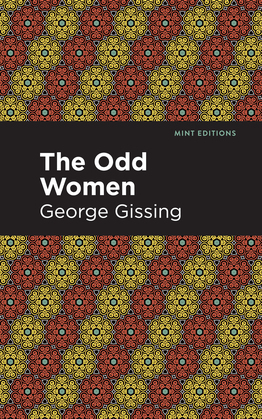 The Odd Women (1893) is a novel by George Gissing. Inspired by a report of over one million more women living in Britain than men, Gissing sought to explore the societal and personal implications of unmarried life while exploring the demands of the growing feminist movement. The Odd Women is a story of romance, independence, and the pressures of society that poses important questions about convention in Victorian England while proving surprisingly relevant for our own times. After moving together to London, the unmarried Madden sisters rekindle their relationship with Rhoda, a neighbor and friend from their childhood in Clevedon. Rhoda, also unmarried, lives with Mary Barfoot, with whom she runs a secretarial school for young women. While Monica, the youngest Madden sister, is bullied into marrying Edmund Widdowson, a middle-aged brute, Rhoda rejects the advances of Mary?s cousin Everard. Opposed to marriage altogether, Rhoda is initially able to avoid the fate of Monica, who suffers in her stifling relationship with Edmund and longs for a younger, romantic man named Bevis. Striking up an affair, Monica meets secretly with Bevis while attempting to avoid the suspicions of her jealous, overbearing husband. When a detective hired by Edmund sees Monica knock on the door of Everard?s apartment, Edmund sets out to smear the innocent man?s name just as he has secured an engagement with the reluctant Rhoda. With a beautifully designed cover and professionally typeset manuscript, this edition of George Gissing?s The Odd Women is a classic work of English literature reimagined for modern readers.