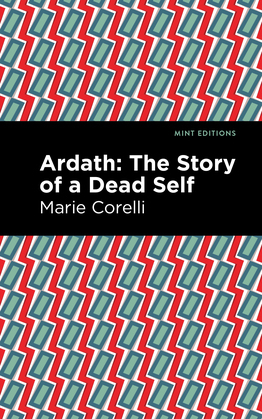 Ardath: The Story of a Dead Self (1889) is a science fiction novel by Marie Corelli. Published at the beginning of Corelli?s career as one of the most successful writers of her generation, the novel combines fantasy and science fiction to tell a story of discovery and creation set in a world forgotten for 7,000 years. Due for reassessment by a modern audience, Ardath: The Story of a Dead Self is a must read for fans of early science fiction. Theos Alwyn is a poet whose dreams of success and fame have faltered from a lack of creative energy. Desperate to regain contact with the Muse, Alwyn travels to an ancient monastery in the Caucasus Mountains, where a legendary monk named Heliobas resides. Looking for guidance through an out-of-body-experience, Alwyn gains Heliobas? trust and receives a powerful vision. Following the advice of an Angel, he journeys to the field of Ardath with a newly reinforced faith. He falls asleep only to wake at the gates of the city of Al-Kyris, where he befriends the poet Sah-Luma, with whom he senses a strange connection. Slowly, events unfold that make him question the nature of his reality. Is he Theos Alwyn the Victorian poet, or is he Sah-Luma, an artist and mystic who died nearly 7,000 years before? When he returns to the present, he discovers a life of fame and success he struggles to recognize as his own, and sets out on one last journey of self-discovery. With a beautifully designed cover and professionally typeset manuscript, this edition of Marie Corelli?s Ardath: The Story of a Dead Self is a classic work of English science fiction reimagined for modern readers.