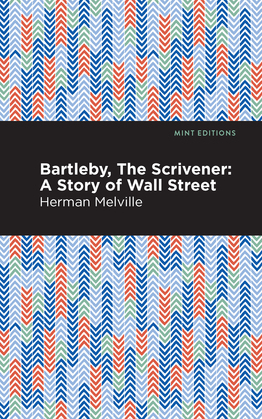 A Story of Wall Street
by Herman Melville (Author)
Buy for $4.99 Excerpt
Fiction Classics Humorous Short stories
warning_amber
One or more licenses for this book have been acquired by your organisation details

Bartleby is a newly-hired scrivener who initially produces great work but slowly reduces his output, declining assignments and responding with: "I would prefer not to." Despite his poor performance, his boss struggles to reprimand the eccentric character.

A Manhattan lawyer decides to hire a third scrivener called Bartleby to help manage his growing workload. Yet, the quiet unassuming man soon becomes a source of contention. At first, Bartleby is an active member of the team yet one day he refuses to complete an assignment, setting an unusual precent. He continues to refuse work, which confuses the lawyer and frustrates his peers. Bartleby’s passive attitude is indicative of a larger issue his boss has yet to uncover.


Herman Melville delivers a simple story about a man who follows his own path. He chooses not to engage with work or society as a whole. It’s an examination of passive resistance in a modern world fueled by compliance and consumerism.

With an eye-catching new cover, and professionally typeset manuscript, this edition of Bartelby, The Scrivener: A Story of Wall Street is both modern and readable.