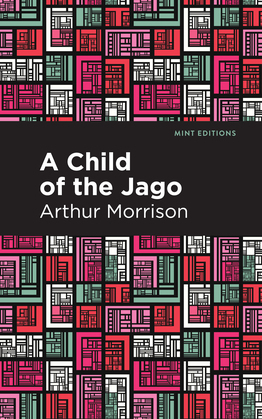 A Child of the Jago

Old Jago is tucked away in the East End of London, conveniently placed so the wealthy and the fortunate can forget all about it and its unlucky residents. Dicky Perott does not have the luxury of forgetting about the ugly truth of Old Jago, because he and his family barely can afford the single-room home they live in, fighting off robbers, fleas, and the cold. Though he is just a young boy, Dicky already dreams of the day he can leave the slum forever, but first, he has to find out how. Roaming the streets daily, Dicky begs and steals to survive, and is always looking for an opportunity to improve himself. As a riveting narration paints a portrait of life in Old Jago, Dicky comes of age while believing that if he works hard and hopes even harder, he will make it out of Old Jago alive. First published in 1896, A Child of the Jago earned Arthur Morrison considerable fame and commercial success. Quickly becoming a bestseller, this 19th century drama is now considered to be Arthur Morrison?s best work. Often praised for the authenticity in his portrayal of London?s working class, Arthur Morrison provides a devastating portrayal of life in a London slum in A Child of the Jago. Through an incredibly visceral depiction of the setting and characters, A Child of the Jago is unapologetically honest and gripping. With themes of class, coming-of-age, and societal injustice, Morrison offers modern readers a rare portrayal of the poorest class in 19th century London, without omitting a single detail. With relatable characters that demand empathy and a setting that steals attention, A Child of the Jago remains on the mind long after the novel?s conclusion. This edition of A Child of the Jago by Arthur Morrison now features an eye-catching new cover design and is printed in a font that is both modern and readable. With these accommodations, this edition of A Child of the Jago creates an accessible and pleasant reading experience for modern audiences while restoring the original wit and intrigue of Arthur Morrison?s work.