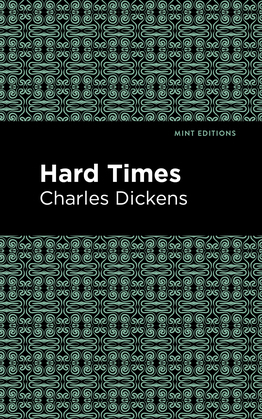 Set in an industrial city in Northern England during the Victorian era, Thomas Gradgrind, a wealthy and retired man, devotes his life to the rationalist philosophy, and raises his children, Louisa and Tom, to never engage in any imaginative activity. The two grow up feeling confused, like something is missing in their lives, yet are unable figure out what exactly that is and affected differently by their upbringing. Louisa struggles to feel joy, and Tom struggles to find ethical standards. When Josiah Bounderby, a crass, rich man, asks for Louisa’s hand in marriage, she cannot find a rational reason not to marry him. He would elevate her social status, was a friend of her father, and employed her brother at his bank. She decides to marry Bounderby, despite feeling no love for him. Meanwhile, Stephen, a poor laborer in one of the city’s factories, who is struggling under the oppression of the upper classes, meets Tom and Louisa, inspiring them in different ways. When the city is shocked by a scandalous and devastating bank robbery, Stephen, Tom, and Louisa’s lives are forever changed, and Gradgrind must question the strict beliefs on which he relies.

Hard Times by Charles Dickens is revered not only for its skillfully constructed prose, but also its critique of capitalist and utilitarian philosophy. Dickens’ empathetic portrayal of the effects of such beliefs raises concern and advocates for the conservation of human creativity and joy in a way that is still applicable today.

With an eye-catching cover design and a modern font, Hard Times by Charles Dickens is a thought-provoking novel written by the greatest and most influential writers of the Victorian era.