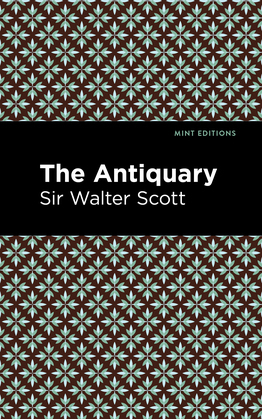 After meeting during their travels, William Lovel, a young man, and Oldbuck, an antiquary, become good friends. Bonded over their shared interests, Lovel is very intrigued by Oldbuck?s collections, particularly by the elder man's latest find, an ancient book about Roman ruins. Impressed by the young man?s manners and intelligence, Oldbuck invites Lovel to meet some of his influential friends, including a wealthy man named Sir Arthur Wardour. While Lovel is delighted to meet Sir Wardour, he finds he is even more excited to see Isabella, Sir Wardour?s daughter. Having met before, both Isabella and Lovel are delighted at their reunion, and share an immediate connection. Despite their passion, the young lovers know that Sir Wardour would never approve of their relationship, due to Lovel?s mysterious birth origins. Assumed to be an illegitimate child, Lovel struggles to prove himself worthy in the eyes of Sir Wardour, motivated by his true love for Isabella, courage, and his dream of marriage. Told from Oldbuck?s point of view, The Antiquary by Sir Walter Scott is an intriguing tale featuring compelling and unique characters. Set during the last decade of the 18th century, The Antiquary portrays detailed and intimate attributes of the culture of the upper class, allowing modern readers to understand important aspects of Scottish history. With a touching and taboo romance, secrets, duels, and even the search of a lost treasure, Sir Walter Scott?s The Antiquary is adventurous and dramatic, sure to hold the heart, mind, and attention of its reader. This edition of The Antiquary by Sir Walter Scott now features a stunning new cover design and is printed in a font that is both modern and readable. With these accommodations, this edition of The Antiquary crafts an accessible and pleasant reading experience for modern audiences while restoring the original mastery and drama of Sir Walter Scott?s literature.