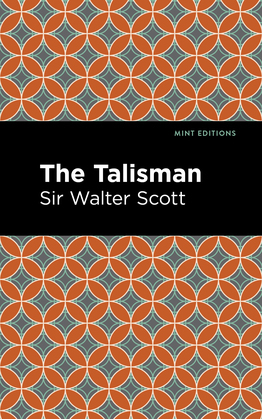 When King Richard the Lionheart?s health began to decline, the English leader organized a truce with the leader of the Islamic forces, Saladin. Agreeing to cease the battles on the condition that Jerusalem would be under Muslim control, the two leaders gave orders to their troops to return to their homes. However, Sir Kenneth, a Scottish knight, was in the search of a certain monk rather than his home when he encounters Emir, a cavalryman for Saladin?s forces. At first distrustful of each other and used to warfare, the two soldiers engage in a one-on-one battle. But when both refuse to surrender, the men realize that they are equally matched, and with the truces between their leaders, there was no reason to fight. Apon this realization, Amir and Kenneth become friends. When Kenneth later mentions that he is on a quest to find a Christian monk, Emir offers to accompany him, as he knows the terrain better than Kenneth. After happily accepting the offer, the two fighters set off on their journey, facing villains, deception, romance, and duels. Admired for its rich prose and skillfully portrayed plotline, Sir Walter Scott?s The Talisman is an intricate and theatrical work of literary art. With well-presented characters and an engrossing setting, The Talisman offers the rare depiction of a friendship between an Arabic and English soldier in the 11th century as well as the seldomly portrayed time of peace during the crusades. With themes of chivalry, virtue, and violence paired with compelling representation and a well-executed plot, Sir Walter Scott?s The Talisman exceeds high expectations. This edition of The Talisman by Sir Walter Scott now features a new, eye-catching cover design and is printed in a font that is both modern and readable. With these accommodations, this edition of The Talisman crafts an accessible and pleasant reading experience for modern audiences while restoring the original mastery and drama of Sir Walter Scott?s literature.