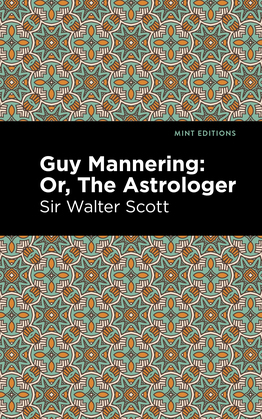 Guy Mannering; Or, The Astrologer

When he is in search of refuge, Guy Mannering, a colonel of an Indian army, decides to spend the night at the home of Godfrey Bertram, the Laird of Ellangowan. Despite being a generous and friendly host, the Laird’s attention is focused on his wife instead of his guest, as his first child is soon to be born. As Lady Betram goes into labor giving birth to a healthy boy named Harry, a psychic arrives to form a prophecy, though the woman is undermined by another guest. During his visit, Mannering meets a socially inept tutor, Dominie Sampson, who insists on predicting the child’s future based on a reading of the stars, in addition to the psychic’s prediction. However, when Sampson discovers that his prediction is quite alarming, he seals it an envelope for Godfrey and Lady Betram to read when the child turns five. But when tragedy strikes right before Harry’s fifth birthday it is apparent that the prophecy should have been heeded much earlier. While in the care of a customs officer, Harry is the accidental witness of a murder, leading to his abduction, and the dawn of the prophecy’s unfolding. First published anonymously in 1815, Sir Walter Scott began writing this exhilarating novel immediately after the completion of his previous success, Waverly. With elements of romance, murder, mystery, and Scott’s classic humor, Guy Mannering: or, The Astrologer earned quick commercial success, beloved for its captivating narrative. Featuring vivid settings and well-portrayed characters, Guy Mannering: Or The Astrologer remains to be just as exciting for modern audiences as it was for its original readers. Written with masterful prose and wonderful dialogue, this novel is perfectly detailed and provides invaluable insight on the culture and landscape of 18th century Scotland. This edition of Guy Mannering: Or, The Astrologer by Sir Walter Scott now features a stunning new cover design and is printed in a font that is both modern and readable. With these accommodations, this edition of Guy Mannering: Or, The Astrologer crafts an accessible and pleasant reading experience for modern audiences while restoring the original mastery of Sir Walter Scott’s literature.