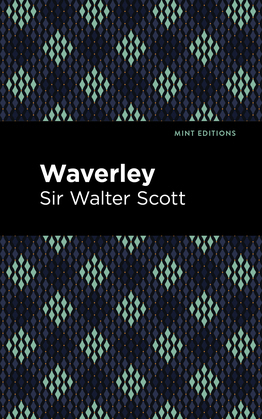 Edward Waverly enjoyed a privileged upbringing, despite his family’s drama. Coming of age during a political uprising, Edward’s time is split between his father and his uncle, who each have opposing political views, which causes a rift in the family. His uncle is a traditional British subject that wishes to overthrow the government so that Charles Edward Stuart is restored to power, commonly known as a Jacobite. However, Edward’s father is a Hanoverian, a citizen who supports the current government. Raised between the two, Edward himself has flippant views. In fact, he is more interested in chasing women than his studies or politics. For this reason, Edward’s aunt decides to send him to the army. Serving as a Hanoverian soldier, Edward takes his training about as seriously as he took his studies, but as his regiment travels around Scottland, Edward is taken by the beauty of the nation and its culture, especially falling for a young woman named Flora. Though Edward quickly becomes enamored by Flora, he soon realizes that their romance is ill-fated, as he is a Hanoverian soldier, and Flora is a dedicated Jacobite. While Edward challenges his own political views for love, more chaos unfolds, including war, uprisings, and accusations of treason. First published anonymously in 1814, Waverley rose to almost immediate fame, praised for its authenticity and comedy. Already famous as a poet, Sir Walter Scott eventually admitted that this extraordinary historical novel was among his first attempts to publish his prose fiction. With themes of war and tolerance and beautiful prose, Waverley depicts a young soldier’s struggle with love and beliefs as he travels across Scottland. Featuring stunning detail, the landscape and culture of 18th century Scottland is beautifully represented as is the fascinating history of the Jacobite uprising of 1745. This edition of Waverley by Sir Walter Scott now features an eye-catching cover design and is printed in a font that is both modern and readable. With these accommodations, this edition of Waverley crafts an accessible and pleasant reading experience for modern audiences while restoring the original mastery of Sir Walter Scott’s literature.