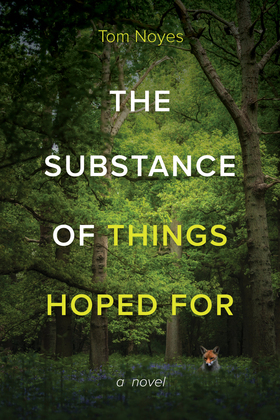 The Substance of Things Hoped For

For a brief time in mid-nineteenth century Oneida, New York, two of the most eccentric and fascinating figures in American history crossed paths when troubled soul and soon-to-be presidential assassin Charles Guiteau threw in his lot with John Humphrey Noyes's utopian community of "free love" believers.

In The Substance of Things Hoped For, Tom Noyes--a distant relative of John Humphrey Noyes--renders this historical intersection by deftly imagining the dynamics and consequences of an ominous and unusual relationship.

As Guiteau stumbles further into madness and eventually achieves infamy for his murder of President Garfield, John Humphrey Noyes is left to face the consequences of his own missteps and misunderstandings as he's forced to make a hasty exit from Oneida.

Joining Noyes and Guiteau in their parallel narratives is a chorus of other characters--family members, lovers, rivals, notable historical figures--whose haunting voices complement, undermine, complicate, and enhance Noyes's and Guiteau's versions of events, while also homing in on the novel's most pressing questions, including those related to revelation, delusion, loyalty, and love.