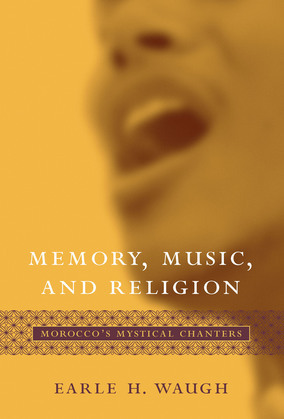 Why do religious communities remember some events and not others? Why do some kinds of music find a continuing place in worship while others seem to lose their appeal? Why is it that the Islamic tradition is understood so narrowly, even by some Muslims, when in fact it has a broadly textured history of belief and practice? In Memory, Music, and Religion, Earle H. Waugh addresses such probing questions while exploring a rich vein of Islam in Morocco—the mystical chanters. In this book, a detailed study of the interplay between memory, music, and religion, Waugh opens new areas of thought, particularly regarding a theme that cuts across religious traditions: the role of memory in religious formation.

Since the glorious days of Andalusia, Muslim poetic and musical traditions have found a vibrant home among Moroccan Sufis. Through rituals of dhikr, or remembrance, the old forms of music and word blend into a new form of worship for today. In this study, Waugh probes the depths of religious memory within Islam and notes the singular importance of memory in comprehending the meaning and styles of music. Showing how the powerful tradition of music nurtures the Muslim soul, Waugh brings new insights to the study of the religious function of memory.