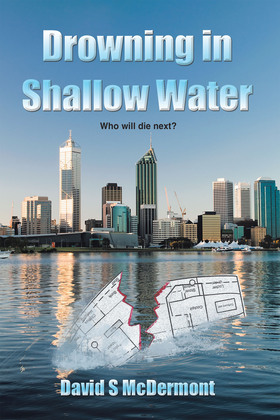 Morgan Carter, an International Contract Consultant reports on major corruption in an Indian roads contract. He pays a devastating price. A woman he loves is murdered. His world is shattered. He drifts and recklessly falls into something he has dreamed about for 20 years. Design, build and sell a large trailer sailor. The Nomad 9!

He does not have enough money. He is forced to get involved with an oversexed Professor and his partner, a beautiful yacht company manager, the police, and some criminals. Some have dark pasts that slowly lead to deceit, murder, revenge, and threaten Carter's dream. He realises they are all slowly drowning in shallow water. Can anyone be saved?

An intriguing mystery that plays out in the beautiful river city of Perth in Western Australia.