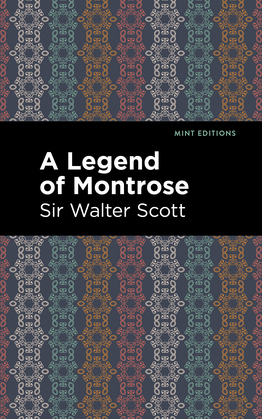 A Legend of Montrose

Members of Montrose?s army, Allan M'Aulay and Earl of Menteith, navigate the perils of war after falling for a young woman with a hidden heritage. The men go on a physical and emotional journey that will put their loyalty to the test. Allan M'Aulay and Earl of Menteith are royalists in favor of Montrose. Allan has a personal vendetta against the MacEagh clan, who previously brought harm and death to his family. Both Allan and Menteith are in love with Annot Lyle, a young woman who grew up as an orphan. She has no memory of her parents or life prior to being captured as a child. When Annot?s parentage is revealed, the stakes of love and war come to ahead. A Legend of Montrose is a fascinating novel that dives into the passion behind the politics. Sir Walter Scott delivers action, adventure, humor and romance in one compelling narrative. It?s an engaging tale led by bold characters and Scott?s signature prose. With an eye-catching new cover, and professionally typeset manuscript, this edition of A Legend of Montrose is both modern and readable.