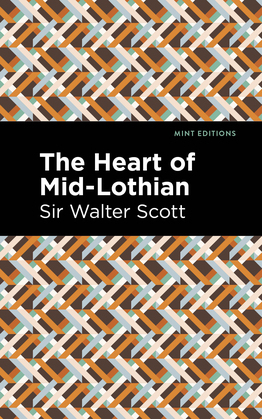 The Heart of Mid-Lothian

Based on true events, The Heart of a Mid-Lothian depicts two stories. The first regards the Porteous Riots of 1736 in Edinburgh, Scotland. After the execution of two smugglers, a riot breaks out in Edinburgh. Unable to control the crowd and impatient, Captain John Porteous, the captain of the city guards, ordered his soldiers to fire into the crowd, murdering civilians. While this disbanded the original riot, the captain's actions soon warrant serious consequences as the civilians demand justice. Next, the story of Jeanie Doss unfolds. Born into a lower class, Jeanie had a humble upbringing, and is a very devout Presbyterian. After a tragic incident leads to her sister being wrongly accused of murdering a baby, Jeanie is determined to help her sister in the most virtuous and just way she can imagine. Traveling mostly on foot, Jeanie decides to go to London, in hopes of meeting with the queen. Determined to obtain justice for her sister, Jeanie fights to receive a royal pardon on her sister’s behalf, clearing her name. First published in 1818, Sir Walter Scott wrote The Heart of a Mid-Lothian to be an imaginative depiction of actual events. Tied together by common themes, these two stories form a moving and shocking narrative. With themes of class, government brutality, social injustice, and religion, The Heart of a Mid-Lothian explores timeless topics that remain to be relevant and compelling. Praised for the masterful and intimate portrayal of Jeanie’s character, The Heart of a Mid-Lothian is descriptive, authentic, and captivating. This edition of The Heart of a Mid-Lothian by Sir Walter Scott now features a striking new cover design and is printed in a font that is both modern and readable. With these accommodations, this edition of The Heart of a Mid-Lothian crafts an accessible and pleasant reading experience for modern audiences while restoring the original mastery and drama of Sir Walter Scott’s literature.