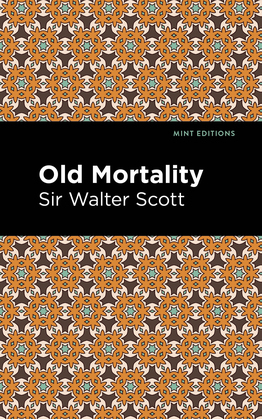 Set in Southern Scotland among a time of religious turmoil in the 17th century, Old Morality depicts a young soldier, Henry Morton, as he becomes involved with the armed struggle between two religious groups?the Covenanters and the Cavaliers. While the Cavaliers supported the church of England, Covenanters wished for Scotland to convert to pure Presbyterianism. With neither group accepting their differences, social tensions ran high in Scotland. This all comes to head at a competitive event hosted by Lady Margaret Bellenden, who is a loyal Covenanter. Described as a wapenshaw, a group of soldiers from varying backgrounds assembled to compete against each other. When Henry, the son of a Covenanter, defeats a Cavalier favorite, trouble follows. Though Henry is soon introduced to Lady Margaret Bellenden and her lovely daughter, Edith, his victory is short-lived as the competition arouses unhealthy and aggressive feelings among the opposing groups. After Henry stands up for a man being bullied by the Cavaliers, the two become friends. However, when Henry discovers a secret about his new friend, he is forced to become an outlaw, fleeing from the vindictive Cavalier patrols. Centered around true events of an uprising in 1679, Old Morality is praised as one of Sir Walter Scott?s best novels. Written in with a whimsical fashion, fascinating Scottish dialect, and flowing prose, critics appreciated the characters and descriptions featured in Old Morality, along with its delightful elements of romance, action, and adventure. Though published over two-hundred years ago, Old Morality depicts a serious struggle between religions, portraying themes and ideology that remains to be relevant to modern society, while simultaneously offering invaluable insight on the intriguing social and religious history of Scotland. This edition of Old Morality by Sir Walter Scott now features a striking new cover design and is printed in a font that is both modern and readable. With these accommodations, this edition of Old Morality crafts an accessible and pleasant reading experience for modern audiences while restoring the original mastery and drama of Sir Walter Scott?s literature.