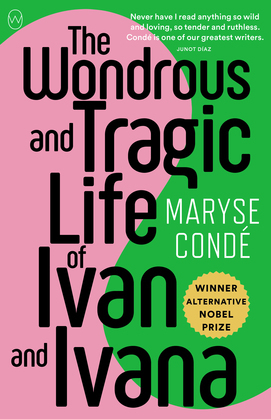 The Wondrous and Tragic Life of Ivan and Ivana

by Maryse Condé (Author), Richard Philcox (Translator)
Buy for $14.99 Excerpt
Fiction Literary
warning_amber
One or more licenses for this book have been acquired by your organisation details

By the winner of the 2018 Alternative Nobel prize in literature

Born in Guadeloupe, Ivan and Ivana are twins with a bond so strong they become afraid of their feelings for one another. When their mother sends them off to live with their father in Mali they begin to grow apart, until, as young adults in Paris, Ivana’s youthful altruism compels her to join the police academy, while Ivan, stunted by early experiences of rejection and exploitation, walks the path of radicalization. The twins, unable to live either with or without each other, become perpetrator and victim in a wave of violent attacks. In <i>The Wondrous and Tragic Life of Ivan and Ivana</i>, Maryse Condé, winner of the 2018 Alternative Nobel prize in literature, touches upon major contemporary issues such as racism, terrorism, political corruption, economic inequality, globalization, and migration. With her most modern novel to date, this master storyteller offers an impressive picture of a colorful yet turbulent 21st century.