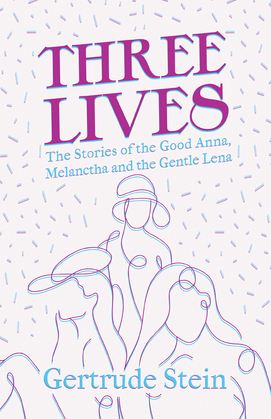 Three Lives - The Stories of the Good Anna, Melanctha and the Gentle Lena

?Three Lives? is a 1909 work of fiction by American writer Gertrude Stein. It is split into three independent stories, all set in the fictional American town of Bridgepoint. ?The Good Anna" is the first of those stories and concentrates on a lower middle-class servant called Anna Federner. "Melanctha" is the longest of the stories and centres around distinctions and blending of sex, race, gender, and female health. The final story, "The Gentle Lena", focuses on the life of the eponymous Lena, a German girl brought to Bridgepoint by her cousin. Gertrude Stein (1874?1946) was an American poet, novelist, art collector, and playwright who famously hosted a Paris salon frequented by the likes of F. Scott Fitzgerald, Pablo Picasso, and Ernest Hemingway. Other notable works by this author include: ?White Wines? (1913), ?Tender Buttons - Objects. Food. Rooms.? (1914), and ?An Exercise in Analysis? (1917). Read & Co. Classics is proudly republishing this classic work now in a new edition complete with an introductory essay by Sherwood Anderson.