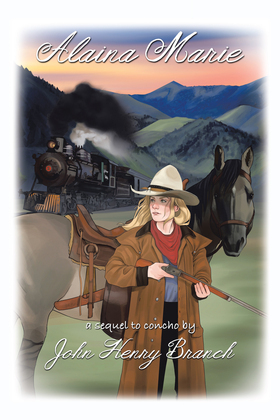 Life for a teenaged girl in the western territory of Wyoming in the 1890?s is filled with change.
Alaina Marie is torn between the simple life she has grown to love, assisting her father in running a large cattle and horse breeding operation, and assisting her mother, an attorney at law, with a complicated legal case she obligated herself to in San Francisco, California. Little did Alaina know when she boarded the train with her best friend Badger, a grulla stallion, that neither of them would ever reach California. Tragedy along the way would require her to call on the training her father had instilled in her from the time she was a child, exhibit courage she never knew she had, and challenge her to push herself to do the impossible. Somewhere along the way, she became a woman?a woman with a deep sense of right and wrong and a commitment to do everything in her power to make Wyoming Territory a better place to live?even if it cost her life.
The amazing adventure of a seventeen-year-old girl traveling hundreds of miles on horseback through the dead of winter, while attempting to avoid a team of murderous men, will keep you riveted to every page.