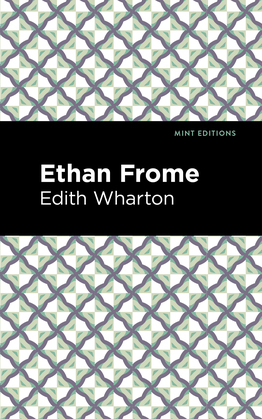 The classic short novel of love, deceit, and tragedy, Ethan Frome by Edith Wharton has been breaking hearts and shocking readers for over a century. Ethan Frome is a ruin of a man, aged and limping. Alienated from the other residents of desolate Starkfield, Massachusetts, he can barely draw a living from the stony soil of his family farm. For twenty-four years, Frome has held a secret in his heart: he loved not his waspish wife Zeena, but her young cousin Mattie, whom Zeena depended on for care. When an enigmatic newcomer arrives in Starkfield one frigid winter and takes pity on Frome, the tragic twist of Frome?s love and desire, and the reason for his crippling injuries, are set to be revealed. Ethan Frome is a classic tragic love story. The inability of Ethan and Mattie to articulate their feelings save through gestures?as small as a broken plate, as large as a horrific accident?speak to the power of author Edith Wharton?s gimlet eye. And the reversal of fortune in the denouement continues to shake readers over a century after it was written. Adapted as a film starring Liam Neeson and Particia Arquette in 1993, Ethan Frome has broken the hearts of generations of readers. The Mint Editions version of Ethan Frome features expressive cover art and contemporary typesetting, making it a fine addition to any bookshelf.