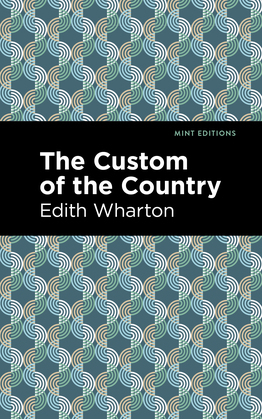 The Custom of the Country

Undine Spragg is a beautiful and ambitious, yet vain and socially dense young woman with dreams of marrying a rich man. Hoping for a life of prominence and luxury, Undine convinces her family to relocate to New York. The Spragg family, who have a earned their modest wealth from shady practices, are happy to accommodate Undine?s request. When Undine meets Ralph Marvell, an aspiring poet from a family of old New York high society, she is determined to become his wife. After a brief courtship, she gets her wish, however, Undine soon realizes that she is still unsatisfied. Though Ralph is a good husband?kind and doting, he does not have the money to support her extravagant lifestyle. While his family enjoys an elevated social status, it is mainly just reminiscent on a prior generation?s wealth; Ralph?s family does not possess a significant amount of money. Feeling judged by her in-laws and upset that she cannot purchase luxury items, Undine is unhappy in the marriage, feeling even worse after the birth of their son, Paul. Often neglectful of Paul, Undine begins an affair with an aristocrat named Peter. As their love affair intensifies, Undine becomes set on leaving Ralph, ignoring the possible consequences of being a divorcee in pursuit of money, sex, and social status. With narrative twists and memorable characters, The Custom of the Country by Edith Wharton is a fast-paced story that explores the nuances of American society. Through themes of class, lovely prose and intricate satire, The Custom of the Country pays special attention to the social class divides of 20th century America. While Wharton?s novel allows modern readers to gain perspective on a specific era in America, contemporary audiences can also reflect on the ways this class system still effects social customs today. This edition of The Custom of the Country by Edith Wharton now features a new, eye-catching cover design and is printed in a font that is both modern and readable. These accommodations cater to a modern audience, allowing contemporary readers to enjoy the compelling narrative of The Custom of the Country with ease.