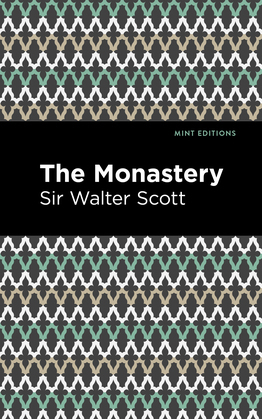 Set in the 16th century when Elizabeth I ruled England, and her cousin, Mary, ruled Scotland, The Monastery depicts the religious tension and restlessness that existed along Scotland?s border. While Elizabeth ruled with her Anglican beliefs, Mary was a Catholic, and with much of their culture intermixing, this sowed unrest. While this feud between the Catholic church and the Anglican heretical church rages on, two families, the Glendenning's and the Avanel?s, mourn the loss of their patriarch. The Avanel widow and her daughter, Mary, move to the Tower of Glendeareg, a property of the Kennaquhair monastery. After the death of the Avanel widow, a mysterious black book containing heretic hymns and writings is found with her possessions. Scandalized and angered by the difference in religious views, the monks confiscate the book. Yet, despite their adamance, the book mysteriously finds its way back to the Tower of Glendeareg. As a state of lawlessness and religious intolerance prevailed over the region, Sir Walter Scott depicts two families as they experience grief, rivalry, love, and supernatural encounters. With a mix of romance, conflicted theology, humor, and supernatural events, The Monastery by Sir Walter Scott is unique and fascinating. First published two hundred years ago in 1820, The Monastery is one of the many additions to Sir Walter Scott?s Waverly series, and though is among the lessen known of Scott?s novels, is praised for its evocative setting and relatable characters. Centered around a fictious representation of the famed Melrose Abbey, a convent destroyed by English troops in 1385, The Monastery provides a detailed and intimate representation of the turmoil the differences in religion caused, especially along the ill-policed border of Scotland. This edition of The Monastery by Sir Walter Scott now features an eye-catching new cover design and is printed in a font that is both modern and readable. With these accommodations, this edition of The Monastery crafts an accessible and pleasant reading experience for modern audiences while restoring the original mastery and drama of Sir Walter Scott?s literature.