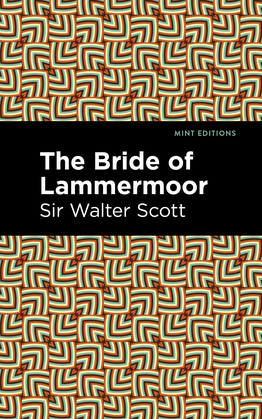 The Bride of Lammermoor

Edgar?s family and their home, Ravenswood, is well-respected and revered by the people of Scotland, until their political endorsement invites controversy. When Edgar?s father is stripped of his noble title due for supporting King James VII, Lucy?s father, Sir William, buys their family estate. Meant to be the rightful master of Ravenswood, Edgar is livid, and feels that his family legacy has been usurped. Soon dreaming of getting vengeance, Edgar is set to the destroy Sir Williams, until he meets his daughter. Named Lucy, Sir William?s daughter is beautiful and kind, and she and Edgar become almost instantly attracted to each other. After renouncing his original plans of revenge, Edgar and Lucy are happy together, though not everyone is pleased with their relationship. Lady Ashton, Sir William?s wife has a plan of her own. Hoping to force Lucy into a marriage that would be politically advantageous for the family. Determined to achieve her goal, Lady Ashton manipulates and deceives to break the couple apart, and bend Lucy to her will. The young couple try to overcome Lady Ashton?s trickery, leading to misunderstandings, serious accusations, and dangerous duels. Featuring compelling characters, miscommunications, duels, and murder attempts, The Bride of Lammermoor by Sir Walter Scott is clever and dramatic, capturing the attention of its readers. First published just over two hundred years ago, the Bride of Lammermoor provides an interesting representation of the social and political affairs of historic South-East Scotland. Paired with the rich prose and captivating narrative, this immersive setting crafts an unforgettable reading experience for modern audiences. This edition of The Bride of Lammermoor by Sir Walter Scott now features an eye-catching new cover design and is printed in a font that is both modern and readable. With these accommodations, this edition of The Bride of Lammermoor crafts an accessible and pleasant reading experience for modern audiences while restoring the original mastery and drama of Sir Walter Scott?s literature.