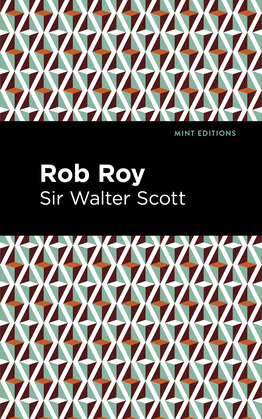 Francis Osbaldistine, the son of an English merchant, had always been different than the rest of his family. With an opposing temperament and religion than his father and younger brother, Francis dreams of writing poetry, despite his father?s desire for him to go into the family business. When Francis refuses to work for his father, he is sent away to live with his uncle, on the condition that his cousin, Rashleigh, switches places with Francis in the family business. While Francis is initially happy with this arrangement, Rashleigh has a reputation for his unruliness, which he lives up to shortly after joining the business. Soon Rashleigh gets into trouble he cannot overcome on his own. Concerned for the implications this would have on the family, Francis has no choice but to travel to Scotland to clean up Rashleigh?s mess, leading to misadventures, odd strangers, and even the chance of romance. While Francis appreciates the beauty and the exciting culture of Scotland, he meets the astonishingly eccentric Rob Roy MacGregor, who has garnered quite the reputation, leading to even more hilarity and chaos. First published over two-hundred years ago in 1817, Rob Roy is among the most comical historical novels in Sir Walter Scott?s Waverly series. Set in the 18th century, during the year of the first Jacobite uprising, Rob Roy provides modern readers with invaluable insight on the social, cultural, and economical background of Scotland and England, through its excellent representation of the two nations and their citizens during a time of tension. With compelling, unforgettable characters, Rob Roy by Sir Walter Scott is as entertaining as it is fascinating. This edition of Rob Roy by Sir Walter Scott now features an eye-catching new cover design and is printed in a font that is both modern and readable. With these accommodations, this edition of Rob Roy crafts an accessible and pleasant reading experience for modern audiences while restoring the original mastery of Sir Walter Scott?s literature.