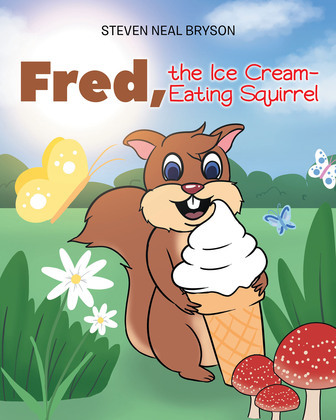 This book is a delightful true story about a squirrel I named Fred. Fred was a baby squirrel that fell on hard times and got lost from his parents. He was found by a friend of mine, Clay, who was walking down a sidewalk in a big city and Fred came running up to him wanting his ice cream. As Clay was talking to the baby squirrel, it dove into his ice cream because it was starving. Clay, being afraid that the baby squirrel wouldn't make it on its own, brought it to me because he knew I had raised squirrels before.

Fred and I became best friends the first time we met. We had a lot of fun together. He was a fun-loving squirrel as a baby and continued to be that way until he became an adult squirrel.

This book about Fred tells of how he watched my brothers and I train young beagle puppies to come to a whistle, and that's what Fred started doing whenever I took him outside to play. It also tells of how Fred and I would play tricks on each other.

The story does have a fictitious start on how he lost his family, but other than that the rest of the adventures are all true. You will see how smart and playful Fred the squirrel was and it will make you think about all the other animals in the woods, and just how intelligent they may be also.

My grand boys, Tucker and Logan, who are now seven and nine years old, have loved these stories about Fred, the Ice Cream-Eating Squirrel, since they were old enough for me to tell them bedtime stories. Logan is the youngest and he would say, "Pa Paw, tell me another story, tell me about the little squirrel." And it would hold their attention until they fell asleep. They told me that I should put this story into a book, and they are the reason that this children's book was written.